All information about Runeterra – LOR FAQ

Hi friends, we are here today with the information of LOR , Legends of Runeterra, which we have been waiting for a long time .
In this article, there will be a pre-game guide that you will learn about LOR from the beginning.

What is League of Runeterra?

When Will Legends of Runeterra Begin?

As we have seen in the introduction videos following Riot’s new 10.1 Lol patch, no clear date has yet been given.
However, we can see that the Legends of Runeterra will be released at the beginning of 2020, as seen in the Lol 10.1 promotional video and pre-introduction speeches and videos.
During this time, the mobile version will be released  and you will be able to play as a closed beta on the PC.
Stay tuned all the latest news will be published here.

What Platforms will League of Runeterra be?

LOR can be played on both pc and mobile.
For this purpose, Riot is being developed to match players on all platforms. Will it be possible to play between platforms?

Yes, it can be played between different platforms.

You can pre-register on the runeterra site to win the League of Runeterra in the closed PC beta that will be released in early 2020, and pre-register at LOR and win the Moon-Confused Poro award .

Is there an award for pre-registration in LoR?

Poro will be our helper character for the game just like the minions we use on TFT.

LOR, just like League of Legends, is a game that you can download completely free of charge.

How to Play LOR?

As you play the game you will complete the task and gain experience and will automatically open new cards.
But first it is up to you to decide which area to open. You decide how to get your cards. You can also change the region at any time.
This makes it even easier to build your dream deck.
Thus, the more you gain experience on the LOR Map, the more you will be able to put your champions in your country.
In the video below, you can also find a visual guide about the game with the expression of Uthenera.

Who will be LOR Champions?

Every character and card in the game comes from a region of Runeterra. A world where the Dungeon of League of Legends champions lived.

Runeterra is a world where League of Legends exists.

How Will Map Of Runeterra Be? 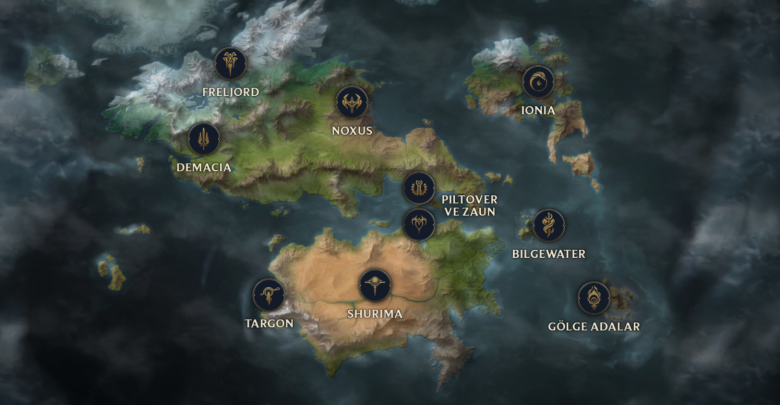 You can learn more about the League of Runeterra champions by clicking this post.

Will there be a graded system?

Not yet, but the game in the first place in this regard intensity, interest and struggle will look, but they can not be said to be very selfless.

Yes, you will be able to reset your account at least once in the game after closed beta.

Made Riot LoR myself?

Most of the LoR is being developed at Riot, but they work with 3 different companies in the art field.

Can LOR be entered with a League of Legends account?

No, you must get yourself a new account from the Runeterra site.

How long does a LoR game usually take?

The game can last for about 10-15 minutes. Attention can be addictive!